Rep. Alexandria Ocasio-Cortez, best known for her drive to move the Democratic Party as far to the left as possible, is currently bemoaning the fact that former Vice President and candidate Joe Biden is also a member of her party.

When recently asked about the type of role she would expect to play should Biden win the presidential election later this year, she groaned and then complained that the Democrat Party is cultivating “too big a tent” by including those who don’t agree with far-left viewpoints. The newbie congresswoman from New York is also calling on the Progressive Caucus in the House of Representatives to expel those who don’t lean far-left enough for her liking.

It’s no surprise that Rep. Ocasio-Cortez and former Vice-President Joe Biden don’t like each other very much. In May 2019, AOC criticized the former vice-president for daring to try to craft a “middle of the road” approach to addressing climate change, claiming that he and others “failed to act” in the past and implying that lives hang in the balance.

Biden hasn’t taken the attacks lying down. He is not nearly as antagonistic as Rep. Ocasio-Cortez, but he has clearly stated that while AOC and other members of “The Squad” are “brilliant”, they aren’t representative of most Democrat voters. It’s not hard to see that his assertion is true. 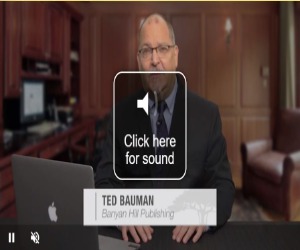 The only reason the Democrats won control of the House of Representatives in 2018 was that they fielded moderate candidates in areas that would be highly unlikely to vote for a progressive. The fact that Biden is the frontrunner for the nomination makes it clear that most voters are wary of moving too far to the left, even on the Democratic side. Remember: Biden has came out against popular leftist proposals including Medicare for All. He has also been critical of the Green New Deal.

The current split in the Democratic Party is reminding many voters of the rise of the Tea Party within the GOP in the early 2010s. In fact, some have even compared Rep. Ocasio-Cortez and other far-left Democrat politicians to the Tea Party, a comparison that the freshman lawmaker completely rejects. Instead, she asserts that her ideology makes her a mainstream Democrat and that it is “conservative” Democrats who are the “Tea Party” within their caucus.

Indeed, there are really only a few far-left politicians at the national level. However, their vociferous comments and the fact that they tend to make news far more often than their moderate colleagues has given everyone the impression that most Democrat voters want far-left policies.

AOC and Joe Biden are in the same party, whether she likes it or not, and her negative comments about the party’s frontrunner and the voters who support his sort-of-centrist platform are sure to backfire in the upcoming election. As it turns out, progressives aren’t nearly as popular as they seem to think that they are. Once again, we need to remind everyone on the left that there are in fact people that don’t live in Los Angeles or New York City.

Once again, the Democratic Party has reaffirmed its award-winning strategy: when you lose, change the rules. In February, Democratic lawmakers in Virginia’s state legislature voted to approve a bill mandating all electoral votes in national elections go to the winner of the popular vote. The vote is a move to support the National Popular Vote … END_OF_DOCUMENT_TOKEN_TO_BE_REPLACED

Democrats and their Deep State operatives led a two-year Russian collusion witch hunt in an effort to unseat President Donald Trump. As the saga goes, Special Counsel Robert Mueller and his 13 Angry Democrats tried to strong-arm the president’s associates to get something, anything, to undo the 2016 election results. While 35 individuals and companies … END_OF_DOCUMENT_TOKEN_TO_BE_REPLACED

New Hampshire voters from both parties exposed Democrat Joe Biden as a weak-kneed fraud. The Obama-era number two fled the scene of the recent primary even before the Democrat votes were counted. It was a cowardly showing that served to highlight the difference between him and the strength and popularity of President Donald Trump, who … END_OF_DOCUMENT_TOKEN_TO_BE_REPLACED

In 2019, progressive politicians in Los Angeles voted against a bill that would have allowed for the construction of additional homes to lower rental costs for low-class and lower-middle-class tenants. Now, to make up for the expected shortfall in affordable rental housing, they want to use Eminent Domain laws to literally steal housing units from … END_OF_DOCUMENT_TOKEN_TO_BE_REPLACED

Mitt Romney, the only Republican Senator who voted in favor of removing President Trump from office during the impeachment trial, is facing backlash which has caused him to be isolated and ostracized by his Republican Party. As long as President Trump is in office, and perhaps long after that, Romney will be remembered as the … END_OF_DOCUMENT_TOKEN_TO_BE_REPLACED

The long-overdue moment of reckoning for Democrats is fast approaching as African-Americans are poised to throw increased support behind President Donald Trump because he delivered on his campaign promises. For decades, Democrats have held out a carrot for black voters as they repeatedly claimed they were fighting for equality, and the GOP was a bunch … END_OF_DOCUMENT_TOKEN_TO_BE_REPLACED

Given the fact that the news media has been focusing on impeachment and the upcoming Democrat caucuses and primaries, it’s not surprising that Espinoza v. Montana Department of Revenue isn’t getting much attention. It deserves our attention. This all-important case will drastically impact how and where parents will send their children to school in America. … END_OF_DOCUMENT_TOKEN_TO_BE_REPLACED

Democratic Chicago Committeeman Alderman Ray Lopez clearly thinks that big government should be involved in every single aspect of every person’s life. The local lawmaker’s call for mandated licensing for bearing children comes in the wake of a case where a father is accused of murdering his own son — a tragic story, to be … END_OF_DOCUMENT_TOKEN_TO_BE_REPLACED

The Washington, D.C.-based technology firm behind the phone app that caused major delays and “inconsistencies” in the Iowa Democratic caucus is operated by Hillary Clinton’s campaign veterans that have also conveniently worked with Pete Buttigieg’s presidential campaign as well. Shadow, Inc. is connected to the nonprofit progressive firm ACRONYM, and their CEO Gerard Niemira worked … END_OF_DOCUMENT_TOKEN_TO_BE_REPLACED