Guardians of the Galaxy star Chris Pratt has once again found himself on the wrong side of liberal Hollywood for the grave crime of simply existing as a Christian in America.

Pratt was informally “cancelled” this week after a viral meme called on social media users to pick the “worst Chris.” The image featured Pratt alongside fellow Avengers Chris Evans and Chris Hemmesworth as well as actor Chris Pine. Apparently, users felt Pratt was the “worst Chris” — citing his absence from a Joe Biden fundraiser featuring the Avengers cast.

The social media backlash prompted a wave of support from Pratt’s co-stars — most notably from Robert Downey Jr, who plays Iron Man in Marvel’s Cinematic Universe.

“What a world … The ‘sinless’ are casting stones at my brother, Chris Pratt … A real Christian who lives by principle, has never demonstrated anything but positivity and gratitude …AND he just married into a family that makes space for civil discourse and (just plain fact) INSISTS on service as the highest value,” he said. “If you take issue with Chris … I’ve got a novel idea. Delete your social media accounts, sit with your OWN defects of character, work on THEM, then celebrate your humanness.” 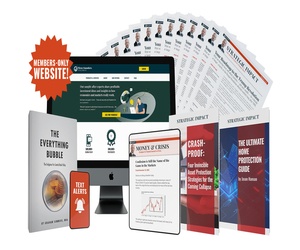 Of course, this wasn’t Pratt’s first offense against Hollywood dogma. Pratt has previously been in the crosshairs of the blue checkmark brigade over his public Christian faith. Social media users have charged that the church he attends promotes anti-LGBTQ views. The actor has denied those claims.

“It has recently been suggested that I belong to a church which ‘hates a certain group of people’ and is ‘infamously anti-LGBTQ.’ Nothing could be further from the truth,” Pratt said at the time. “I go to a church that opens their doors to absolutely everyone.”

He was also cancelled for being seen in a shirt featuring the Gadsden Flag, a historical reference to the American Revolution. That flag isn’t explicitly political, but it does celebrate America’s history — so in all fairness you are more likely to find it worn by a conservative. But that isn’t the point. All Pratt had to do was not be a stereotypical Hollywood liberal.

Pratt makes a notable decision to avoid getting into politics on social media — or seemingly anywhere else. He isn’t like other actors such as Jon Voight, who openly rebel against the Hollywood establishment with their public conservatism.

This incident once again underscores the cold truth that our culture is dominated and dictated by an ideological elite — and that elite will not hesitate to purge anyone who dares to think differently than they do.

Most Popular
Before Biden Ruins EVERYTHING in America… You Must See This
WARNING: A Grand Experiment to Destroy America?
Secret Bible verse corrects bad eyesight? [READ]
The Single-Stock Retirement Plan
Perfect Stock Caught Trading Under Secret Name
Remove This From Your Refrigerator Immediately
Sponsor Content

Progressive Democrats are furious that the Biden transition team is seriously considering former Sen. Heidi Heitkamp to lead the Department of Agriculture. Heitkamp, who hails from North Dakota, has a track record of bipartisan cooperation, working with the fossil fuel industry instead of against it, and recently dared to tell the CEO of a progressive … END_OF_DOCUMENT_TOKEN_TO_BE_REPLACED

Is there anything less American in spirit than the lockdown orders we’re seeing around the country? Unless you’re lucky enough to live in Texas or Florida, you could face serious legal hurdles over the holiday season. The mask has already come off from the CDC and people like Dr. Anthony Fauci. Now, when they’re telling … END_OF_DOCUMENT_TOKEN_TO_BE_REPLACED

When will it stop? One report of voter fraud after another pops up across the country. Yet, many Democrats continue to deny that anything out of the ordinary is occurring. Pearson Sharp from OAN took a closer look at some of the most recent incidents of voting irregularities in several states across the US. The … END_OF_DOCUMENT_TOKEN_TO_BE_REPLACED

Acting Secretary of Defense, Christopher C. Miller, recently announced the withdrawal of U.S. troops from Afghanistan and Iraq. He began by discussing the brave men and women who serve, including the 6,900 American troops who made the ultimate sacrifices for their nation in Afghanistan and Iraq, and the more than 52,000 who carry the wounds … END_OF_DOCUMENT_TOKEN_TO_BE_REPLACED

While former VP Joe Biden is eyeing members of the House of Representatives in his search for cabinet members, House Speaker Rep. Nancy Pelosi is urging her fellow Democrat representatives not to consider such offers. The reason? She is worried that Republicans could take control of the chamber if they manage to win seats left … END_OF_DOCUMENT_TOKEN_TO_BE_REPLACED

Americans scammed by the slick “lunch box Joe” marketing of the Biden campaign are about to get a rude awakening. Should the Democrat hold more than 270 Electoral College votes after recounts and legal challenges are completed, special interest groups will hold sway over your lives. Biden has already tapped upwards of 40 current and … END_OF_DOCUMENT_TOKEN_TO_BE_REPLACED

Florida Governor Ron DeSantis is making a push to expand the protection of “Stand Your Ground” protections in the state. WESH 2 News reports that the governor sent a draft of a legislation proposal to the state legislature ahead of its 2021 sessions set to being soon. This is an issue that has weighed heavily … END_OF_DOCUMENT_TOKEN_TO_BE_REPLACED

The far leftists of the Democratic Party have come out in an attempt to leverage the razor-thin 2020 election results as an excuse to drive the party further into the arms of the radicals. This push towards socialist policies has been so alarming that even prominent members of the Democrat Party have become a bit … END_OF_DOCUMENT_TOKEN_TO_BE_REPLACED

If we took the mainstream media’s narrative on police officers at face value, we would assume that ever cop in America is roaming the streets looking for an excuse for violence. The video below shows us what’s really happening. Officers deployed to rowdy protests — also known as “riots” — are subject to all kinds … END_OF_DOCUMENT_TOKEN_TO_BE_REPLACED

Californians are perhaps some of the most progressive voters in the nation. However, even residents of the Golden State felt that bringing back state-sanctioned discrimination is a bad idea. Proposition 16, which would have allowed the state government and California’s educational institutions to select students or employees based on skin color, gender, and/or ethnic background, … END_OF_DOCUMENT_TOKEN_TO_BE_REPLACED