After U.S. Attorney General William Barr was viciously insulted by House Democrats, Special Counsel Robert Mueller thumbed his nose at their demands to testify. It became all-too-apparent that left-wing radicals had pinned their hopes on the special counsel’s report to — finally — earn a win against President Donald Trump. Those hopes crumbled when he was fully exonerated.

So far, the president has defeated every Democrat maneuver from seating conservative U.S. Supreme Court justices to travel bans and funding the border wall. When President Trump was exonerated from any wrongdoing in the 2016 elections, Democrats completely lost control of their faculties. They had every reason to believe that anti-Trump Mueller and his 12 angry Democrats would follow the coup attempts by disgraced ex-FBI director James Comey among others. House Democrats still want their pound of flesh, and Mueller simply won’t give them the public spectacle they so desire.

“Let me be clear. This committee will hear Mr. McGahn’s testimony, even if we have to go to court to secure it,” Rep. Nadler said after he blew off their subpoena.

Rep. Schiff, who repeatedly and falsely told the American public he had impeachable documents that proved President Trump colluded with Russia, recently claimed he could compel Mueller to testify before Congress.

“I feel very confident saying Mueller’s going to testify,” Rep. Schiff said. “There’s no way that he cannot, and the public won’t stand for it. I think the Justice Department knows they’re on the poorest of ground in trying to prevent his testimony.”

But Mueller’s deafening silence in both the mainstream media and U.S. House may be the straw that breaks liberal extremist voters’ backs. U.S. House Speaker Nancy Pelosi and Rep. Schiff among others assured their far-left supporters Pres. Trump would be ousted. Not only do they not have the evidence to impeach, but they also don’t even have the votes.

“Impeachment is a political process. If (Pelosi and Schiff) think they have a political case to make for removing him, they should go forth with that,” Mollie Hemingway at The Federalist said. “But, really this is a difficult situation for them because they have a base that got whipped up into a frenzy through false reports that they participated in and now they are wondering what happened. They put all their cards on this Mueller probe and came up with nothing, and it’s very difficult for them to deal with.” 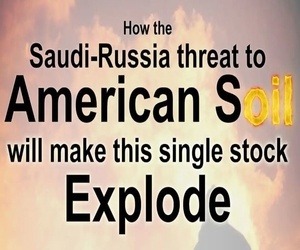 House Democrats have been so crazed by A.G. Barr mocking their latest contempt of Congress threat and no Mueller testimony on their terms, they actually read the 400-plus-page redacted Muller report aloud in Congress. Apparently, they have nothing better to do than put on charades.

So far, there have been rumblings that Mueller might agree to testify in a private session to answer any reasonable questions. But that is precisely what Democrats do not want. Their objective is to elicit some sound bite that can be weaponized in the fake news media. If they cannot get that, as was the case with A.G. Barr, the next objective will be to paint Mueller as a traitor to the cause.

A recent “deadline” for Mueller to testify set by House Judiciary chairman Nadler passed on May 23. With Memorial Day Weekend in the books, it’s unlikely Mueller would agree to anything before June. Considering that Nadler has said he would release a transcript of any private session, Mueller could go on thumbing his nose at Democrats indefinitely.

As A.G. Barr so aptly pointed out, “It’s Bob’s call whether he wants to testify.” For all their bluster and big talk about subpoenas and contempt, the Russia witch hunt ended up gelding Democrats just ahead of Election 2020. And in case everyday Americans cannot identify that faint sound wafting in the breeze. That’s Robert Muller — thumbing his nose at Democrats every moment of every day until they do what he wants.

The secret reason you're not pooping right
Sponsored Content

In March, New York Governor Andrew Cuomo and NYC Mayor Bill de Blasio erupted when President Donald Trump stated that he was considering implementing travel restrictions to the state due to the COVID-19 pandemic. Governor Cuomo told news outlets that such travel restrictions constituted “an act of war”; and he threatened legal action against state … END_OF_DOCUMENT_TOKEN_TO_BE_REPLACED

Today, we can add yet another interview to former Vice President Joe Biden’s “greatest hits.” During an interview with Yahoo News, Biden was asked by interviewer Errol Barnett if he has ever taken a cognitive test. And this is a fair question. Biden’s mental faculties have been a concern across the political spectrum. Adding to … END_OF_DOCUMENT_TOKEN_TO_BE_REPLACED

We have gone through the looking glass on this Coronavirus situation. It has come to the point where the vast majority are wearing masks habitually despite the warnings of many front-line scientists and medics against them. People are wearing masks in selfies posted on social media to signal their virtue as if to say, “Look … END_OF_DOCUMENT_TOKEN_TO_BE_REPLACED

School districts in Minneapolis have cut their ties with local police departments and secured contracts with private security forces. As a response to the largely artificial outrage over the albeit wrongful death of George Floyd, Minneapolis school districts have been under growing demand from local pressure groups to disavow law enforcement. This would mean the … END_OF_DOCUMENT_TOKEN_TO_BE_REPLACED

Most mainstream news outlets have been filled with tales of former Vice President Joe Biden’s huge lead in the polls and nightmarish scenarios of President Donald Trump and the GOP committing criminal acts to cheat the election. However, even some mainstream media outlets and experts are beginning to admit that it is entirely possible for … END_OF_DOCUMENT_TOKEN_TO_BE_REPLACED

Former Vice President Joe Biden is moving left to attract progressive voters, but his efforts may not be enough to win their full support. Nina Turner, Sen. Sanders’ campaign co-chair and an avid progressive activist, recently told The Atlantic how she really felt about having to choose between Biden and President Donald Trump. “It’s like … END_OF_DOCUMENT_TOKEN_TO_BE_REPLACED

Cancel culture is finally coming full circle — and progressive Democrats are finding themselves on the wrong end of history once again. As more and more people are waking up to the depredations of the Democratic Party, Republican Representatives are beginning to ask whether it is time to hold the historically pro-slavery party responsible for … END_OF_DOCUMENT_TOKEN_TO_BE_REPLACED

A new podcast series from the New York Times titled “Nice White Parents” is anything but nice. Instead, it blames all public school problems on white parents, especially those who dare to exercise their right to choose an alternative form of education for their children. “But when we look at how our schools are failing, … END_OF_DOCUMENT_TOKEN_TO_BE_REPLACED