Demonstrations ostensibly meant to protest police brutality and the death of George Floyd at the hand’s of a white police officer in Minneapolis devolved in chaos over the weekend.

The wave of riots throughout the nation followed earlier demonstrations resulting in the destruction of property in Minneapolis. Videos captured from the events show masked protesters in conflict with armed riot police, as well as a considerable amount of looting and vandalism. Police squad cars, precincts, and even retail stores have come to be the targets of full-on arson.

The demonstrations were ostensibly done to bring attention to what many are calling the murder of Floyd by the now-fired officer Derek Chauvin. Witnesses filmed Chauvin pressing his knee into Floyd while detaining him for allegedly using a fake $20 bill at a local vendor. Floyd was heard telling onlookers that he could not breathe, and became unresponsive while Chauvin continued to press his knee down. 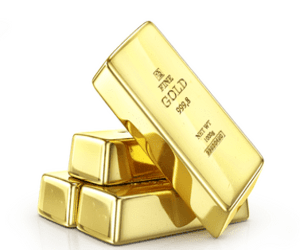 To be sure, Chauvin’s actions look egregious by any measure. If nothing else, he single-handedly made every good police officer’s job much more difficult. However, it’s anyone’s guess as to what demonstrators wish to accomplish by torching their cities and putting innocent people in danger.

The truth is that this isn’t about the death of George Floyd anymore. This is about anarchist radicals taking advantage of a horribly tragic situation. Unfortunately, innocent Americans — particularly small businesses owners — are paying the price.

The worst part is that this could have been a moment where Americans came together in unity. Sadly, political agitators had other plans.

“I returned from a two-day Jewish holiday and half the country is on fire,” conservative commentator Ben Shapiro tweeted. “We all agree on George Floyd, which is why a bad cop is now under arrest. Anyone who defends looting and rioting and targeting of business-owners and cops on this basis is nothing short of evil.”

Here’s the DC shorts with footage from a demonstration in Baltimore, one of the many cities targeted by rioters and looters over the weekend. It it, you see police officers struggle to regain control of a situation after violent demonstrators vandalize a squad car.

Most Popular
Banking Crisis Puts Your Money At Risk
Memory Boosting “Sex Trick” For Seniors (Use BEFORE 11:46 AM)
Terrifying Laws May Cripple Your Retirement Savings
Bill O'Reilly's Wild Money Secret! Learn more
Next Big Tech Trend Will Put Well Known Businesses in Bankruptcy
Are You Prepared For The Second Wave?
Sponsor Content

Are You Prepared For The Second Wave?
Sponsored Content

The Supreme Court has ruled that state governments offering scholarships to children in private schools cannot disallow religious schools from participating in the program. The case, Espinoza vs. the Montana Department of Revenue, involved a scholarship program the state set up in 2015 to fund private education options for qualifying families. Several low-income mothers who … END_OF_DOCUMENT_TOKEN_TO_BE_REPLACED

President Donald Trump seemed to break every single new rule the radical left has thrown upon us when he hosted a gathering in front of Mount Rushmore to commemorate America’s Independence Day. As the mainstream media noted, the public speech went ahead despite concerns over the coronavirus pandemic, as well as the intersectional left’s increasingly … END_OF_DOCUMENT_TOKEN_TO_BE_REPLACED

Many of us saw this coming from miles away. Left-wing activists, now bored with tearing down statues of Confederate soldiers, quickly turned their ire toward classic Americana. In the wake of the destructive riots associated with George Floyd protests, activists have defaced statues of George Washington, Thomas Jefferson, and even a monument to freed slaves … END_OF_DOCUMENT_TOKEN_TO_BE_REPLACED

We’ve all seen the pictures by now. Photos of a St. Louis couple brandishing firearms have gone viral after a Black Lives Matter demonstration pushed its way into a private residence over the weekend. Now, left-wing activists are suggesting that the couple had no right to stand their ground at all, and that the very … END_OF_DOCUMENT_TOKEN_TO_BE_REPLACED

Streaming service Twitch suspended President Donald Trump’s campaign account on the same day YouTube removed a myriad of right-wing content creators. While Twitch didn’t cite any specific incident pertaining to the president himself, the platform simply justified its actions by saying the forum was guilty of “hate speech.” “Hateful conduct is not allowed on Twitch,” … END_OF_DOCUMENT_TOKEN_TO_BE_REPLACED

And then…they came for the cartoons. Family Guy voice actor Mike Henry recently joined the woke brigade when he announced that he will no longer be reprising his role as Cleveland Brown, a black character with his own spinoff show. Henry’s reasoning is that he is a white man, and that only people of color … END_OF_DOCUMENT_TOKEN_TO_BE_REPLACED

Seattle’s CHOP (aka CHAZ) zone has been portrayed by the mainstream media as a peaceful Nirvana; however, the truth always has a way of getting out. The fact that multiple businesses and individuals who live and work in the area are either suing the city or skipping town altogether make it clear that CHOP is … END_OF_DOCUMENT_TOKEN_TO_BE_REPLACED

Prussian-born “philosopher” and writer Karl Marx wasn’t the first person to call himself a socialist, but his name has become nearly synonymous with the far-left at large as more progressives begin to embrace the label. Recently, demonstrations that began as a call for police reform have morphed into violent riots by people advocating for the … END_OF_DOCUMENT_TOKEN_TO_BE_REPLACED

Those who have long warned that far-left, so-called “liberals” would gut freedom of religion given the chance have now been proven 100% correct. Black Lives Matter activist Shaun King is calling for any images of Jesus, Mother Mary, and the twelve disciples to be torn down if the images happen to depict these Biblical figures … END_OF_DOCUMENT_TOKEN_TO_BE_REPLACED

The Trump Administration is pushing for another coronavirus stimulus bill to be distributed to Americans before the upcoming election. The bill is slated to take $2 trillion out of the public coffers. The plan may include tax cuts from the paychecks of working people, and also aid for Democrat-run states and cities like California and … END_OF_DOCUMENT_TOKEN_TO_BE_REPLACED