President Donald Trump has, once again, put the Supreme Court at the front and center of his campaign by releasing an updated list of potential candidates he would pick from if had to nominate one or more Supreme Court judges during his second term. The Biden campaign, on the other hand, has pointedly ignored the issue.

President Trump’s list of potential Supreme Court justices contains no hidden surprises. It includes several Republican senators, a number of judges that he nominated to the federal judiciary, two former solicitors general of the United States, and several others. His favorite picks for any Supreme Court openings are believed to be Judge Amy Coney Barrett, Judge Amul Thapar, and Judge Neomi Rao. Trump has promised that his potential nominees will uphold the Constitution as written and offer equal justice and treatment in any case they take on.

Biden, on the other hand, has refused to comment on his potential picks for the judiciary. He has stated previously that he would nominate an African-American woman for a Supreme Court position and promised that support for abortion rights would be a “litmus test” for any one of his potential Supreme Court nominees. 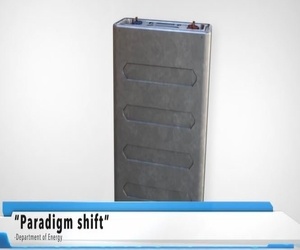 Biden’s failure to offer a list of candidates has led to suspicions that, as president, he would appoint far-left Marxists both to the Supreme Court and vacant federal judiciary positions. It’s clear that Biden is in cahoots with progressive activists who are doing everything in their power to take control of his presidency should he win the election.

The Supreme Court isn’t the hot topic it was during the last presidential election. However, that doesn’t mean voters aren’t thinking about it. A Pew Research survey conducted this summer found that two-thirds of Biden’s supporters — and over 60% of President Trump’s supporters — consider potential Supreme Court appointments as “very important to their vote in November.” It’s not hard to see why considering the fact that Justice Ruth Bader Ginsberg is well into her 80s and experiencing recurring health problems. Justice Stephen Breyer is 82 years old.

It’s highly likely that the next President of the United States will be appointing at least one Supreme Court justice, and Americans have the right to know what type of person that will be. President Trump understands this. Some may loathe his potential picks, but at least they know what to expect. The Biden campaign is sweeping the matter under the rug, and one has to wonder what they have to hide from the American people.

Plenty of splashy headlines are being written about so-called “ballot harvesting” without political insiders taking the time to explain how it works and why it’s a corrupt practice. If everyday Americans are going to be able to make informed decisions about ballot harvesting and those who engage in it, this is what you need to … END_OF_DOCUMENT_TOKEN_TO_BE_REPLACED

The recent nomination of Judge Amy Coney Barrett for the vacant U.S. Supreme Court post represents one the most significant moments in American law and justice. Should the Republican-majority U.S. Senate shepherd through the process, her academic and record from the bench suggests the high court would return the principles laid out by the Founding … END_OF_DOCUMENT_TOKEN_TO_BE_REPLACED

Celebrity athletes and entire teams have been making headlines for over a year, not by their accomplishments on the field or court, but for kneeling during the national anthem. While the media focus has primarily been on the athletes themselves and has been overwhelmingly positive, the actual numbers of viewers and attendees tells a far … END_OF_DOCUMENT_TOKEN_TO_BE_REPLACED

With Maine Senator Susan Collins and Alaska Senator Lisa Murkowski worried about independent voters, it appears Utah Senator Mitt Romney will deliver the pivotal support to shepherd the president’s U.S. Supreme Court nomination across the finish line. “The Constitution gives the President the power to nominate and the Senate the authority to provide advice and … END_OF_DOCUMENT_TOKEN_TO_BE_REPLACED

There is a famous quote often misattributed to Voltaire, that goes something like; “To discover who rules over you, you must find out who it is that you are forbidden to criticize.” It’s not as important to know who coined the phrase, but it’s value — especially in today’s bizarre political climate — is immeasurable. … END_OF_DOCUMENT_TOKEN_TO_BE_REPLACED

The Democratic Party’s candidate for president was adamant that President Donald Trump release his personal tax returns. But when it comes to publishing a list of candidates who would fill the U.S. Supreme Court, Joe Biden refuses. The hypocrisy runs thick among Democrats who huddle in secrecy about things that impact Americans, but cry foul … END_OF_DOCUMENT_TOKEN_TO_BE_REPLACED

The death of Supreme Court Justice Ruth Bader Ginsberg highlights the stark contrast between President Donald Trump and Democrat candidate Joe Biden. The president plans to promptly select a woman from his published list to fill the post within days. Biden refuses to name a single candidate — leaving voters in the dark about the … END_OF_DOCUMENT_TOKEN_TO_BE_REPLACED

Former Vice President Joe Biden and CNN host Anderson Cooper made a huge show of “social distancing” from each other on stage last week, telling their audience they were standing apart from each other to prevent the spread of COVID-19. Then, as soon as the cameras appeared to go off for a commercial break, Cooper … END_OF_DOCUMENT_TOKEN_TO_BE_REPLACED

Democratic presidential nominee Joe Biden is claiming that a vaccine for COVID-19 could be ineffective — at least until he’s the one in office. The so-called “party of science” has really pulled a one-eighty when it comes to vaccines. Not long ago, they were ready to label every single Republican voter in America as an … END_OF_DOCUMENT_TOKEN_TO_BE_REPLACED

Politicians have been making outlandish, unrealistic promises for decades. Even so, former VP Joe Biden’s promise that America will see fewer fires, floods, and hurricanes if he is elected President in November takes the cake. The comments come in the wake of the horrific California fires, which progressive pundits and politicians have blamed on climate … END_OF_DOCUMENT_TOKEN_TO_BE_REPLACED