Speaker of the House Nancy Pelosi feigned a victory in the impeachment on Wednesday as she finally prepared to send articles of impeachment over to the Senate. Gloating to reporters, she repeatedly described the indictment by the House as a permanent mark on Donald Trump’s presidency no matter what happens in the future.

“He’s been impeached forever. They can never erase that,” Pelosi said at a press conference.

While President Trump is expected to be acquitted in the GOP-led Senate, Pelosi still continued to push her agenda and it appeared that the only thing the Speaker really cared about is that Trump’s name and reputation will forever be tarnished.

The articles of impeachment were passed by the Democrat-led House on Dec. 18 for abuse of power and obstruction of Congress. This makes President Trump the third president in history to be impeached by the House.

Because the Republican Party holds a solid majority in the Senate, where impeachment trials are held, there is little chance that Trump will be removed from office — especially if no new evidence is presented. But that doesn’t matter to Democratic leadership, apparently. According to Pelosi, Trump has already been held accountable because the House voted for “an impeachment that will last forever.”

Trump struck back at Pelosi just moments later, calling the effort “another Con Job by the Do-Nothing Democrats.”

The articles of impeachment allege that the president pressured Ukraine to investigate the Bidens, his political rivals, to influence the 2020 presidential election. He was also accused of blocking the House from conducting oversight. Even though the witnesses the House called produced no evidence, and the transcripts of the telephone call to Ukraine’s president was released with no incriminating evidence against the president, the Democrats continued their costly ‘witch hunt’ in an effort to end Trump’s presidency. 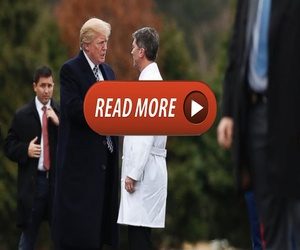 President Trump has continued to fight back against the unjust charges, and has given us a transcript of the telephone call. The president has plenty of GOP allies in the Senate who agree that his behavior is not impeachable, who have continuously blasted Democrats for such a political action aimed only at ruining Trump’s reputation, removing him from office, and undoing the results of the 2016 election.

Apparently though, the Senate trial does not make a difference at all to the House Democrats, as their delusional leader keeps repeating the sentiment, “No matter what the Senate does. He’s impeached forever because he violated our Constitution.”

And again Pelosi repeated her redundant messages on ‘This Week with George Stephanopoulos’ on Sunday. “This president is impeached for life, regardless of any gamesmanship on the part of Mitch McConnell,” she said. “He will be impeached forever.”

The trial is expected to begin Thursday. Chief Justice John Roberts is set to arrive at the Capitol and swear in the senators for the impeachment trial, with opening statements from the House managers being scheduled to begin next week.

Celebrity athletes and entire teams have been making headlines for over a year, not by their accomplishments on the field or court, but for kneeling during the national anthem. While the media focus has primarily been on the athletes themselves and has been overwhelmingly positive, the actual numbers of viewers and attendees tells a far … END_OF_DOCUMENT_TOKEN_TO_BE_REPLACED

With Maine Senator Susan Collins and Alaska Senator Lisa Murkowski worried about independent voters, it appears Utah Senator Mitt Romney will deliver the pivotal support to shepherd the president’s U.S. Supreme Court nomination across the finish line. “The Constitution gives the President the power to nominate and the Senate the authority to provide advice and … END_OF_DOCUMENT_TOKEN_TO_BE_REPLACED

There is a famous quote often misattributed to Voltaire, that goes something like; “To discover who rules over you, you must find out who it is that you are forbidden to criticize.” It’s not as important to know who coined the phrase, but it’s value — especially in today’s bizarre political climate — is immeasurable. … END_OF_DOCUMENT_TOKEN_TO_BE_REPLACED

The Democratic Party’s candidate for president was adamant that President Donald Trump release his personal tax returns. But when it comes to publishing a list of candidates who would fill the U.S. Supreme Court, Joe Biden refuses. The hypocrisy runs thick among Democrats who huddle in secrecy about things that impact Americans, but cry foul … END_OF_DOCUMENT_TOKEN_TO_BE_REPLACED

The death of Supreme Court Justice Ruth Bader Ginsberg highlights the stark contrast between President Donald Trump and Democrat candidate Joe Biden. The president plans to promptly select a woman from his published list to fill the post within days. Biden refuses to name a single candidate — leaving voters in the dark about the … END_OF_DOCUMENT_TOKEN_TO_BE_REPLACED

Former Vice President Joe Biden and CNN host Anderson Cooper made a huge show of “social distancing” from each other on stage last week, telling their audience they were standing apart from each other to prevent the spread of COVID-19. Then, as soon as the cameras appeared to go off for a commercial break, Cooper … END_OF_DOCUMENT_TOKEN_TO_BE_REPLACED

Democratic presidential nominee Joe Biden is claiming that a vaccine for COVID-19 could be ineffective — at least until he’s the one in office. The so-called “party of science” has really pulled a one-eighty when it comes to vaccines. Not long ago, they were ready to label every single Republican voter in America as an … END_OF_DOCUMENT_TOKEN_TO_BE_REPLACED

Politicians have been making outlandish, unrealistic promises for decades. Even so, former VP Joe Biden’s promise that America will see fewer fires, floods, and hurricanes if he is elected President in November takes the cake. The comments come in the wake of the horrific California fires, which progressive pundits and politicians have blamed on climate … END_OF_DOCUMENT_TOKEN_TO_BE_REPLACED

House Speaker Nancy Pelosi’s damage to the American people cannot be understated — and Americans are starting to wake up to it. Now, a petition to prosecute Pelosi is rapidly gaining steam. The petition collected more than 25,000 signatures in its first 24 hours after publication — and the number is still rising. Let’s take … END_OF_DOCUMENT_TOKEN_TO_BE_REPLACED

Americans may recall campaign promises made by the Obama-Biden administration. They would deliver affordable healthcare for all, increase employment opportunities for working families, and renegotiate bad trade deals such as NAFTA. Although Joe Biden’s boss gave moving speeches about “hope,” the “change” people got was the exact opposite. Not only were all of those promises … END_OF_DOCUMENT_TOKEN_TO_BE_REPLACED